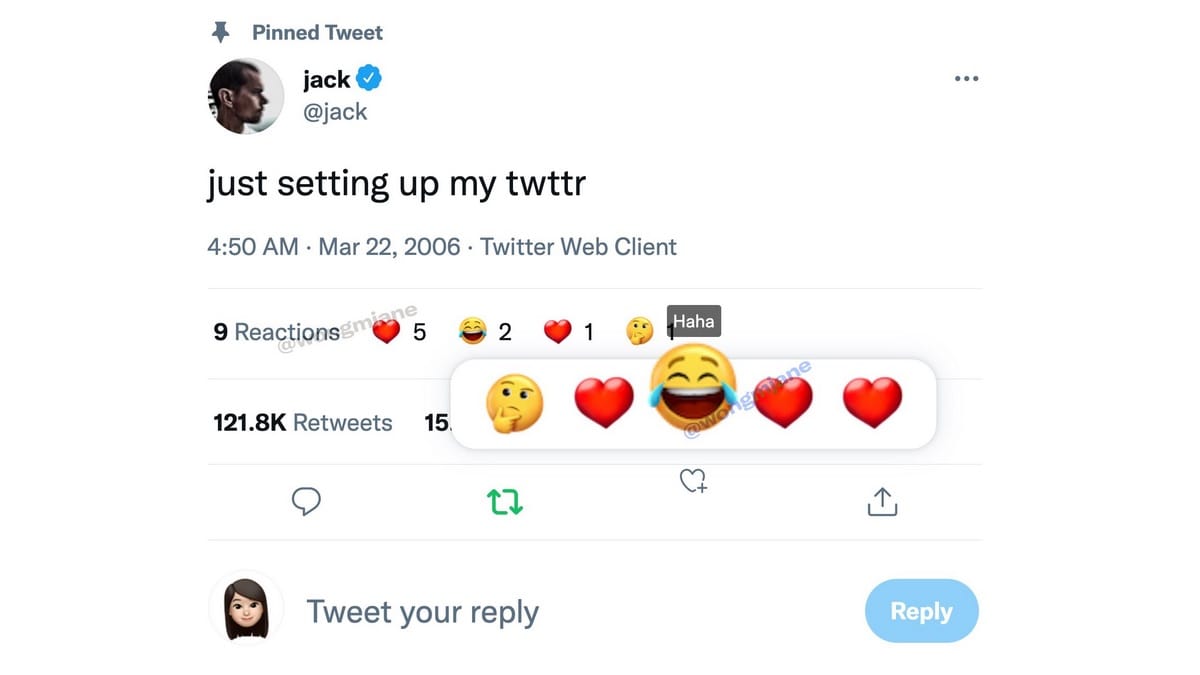 Twitter may be working on a tweet reaction picker that will allow users to respond with a selection of emojis. Tweet reactions have been under testing for some time now and will work similar to Facebook’s emoji responses. As of now, it is unclear when this feature will be rolled out to the public. Additionally, Twitter is also testing new privacy features that will keep away from unwanted attention. These features are at a nascent stage and the team at Twitter is looking for feedback.

Starting with tweet reactions, reverse engineering expert Jane Manchun Wong (@wongmjane) shared a screenshot on Twitter showing a reaction picker with different emojis to choose from. There seem to be five emojis displayed at once and selecting one shows what it indicates. Wong also shared last month the five reactions users will be able to choose from include ‘Like,’ ‘Cheer,’ ‘Hmm,’ ‘Sad,’ and ‘Haha,’ denoted by their respective animated emojis. The emojis for ‘Hmm’ and ‘Haha’ reactions are the ones users will be familiar with, but the other three are just hearts suggesting these are just placeholders for now.

Earlier this month, Wong noticed that Twitter was testing a tweet reaction summary feature that will show the total number of reactions to a tweet ahead of the different reactions themselves.

Unmention yourself will allow users to stay away from unwanted conversations
Photo Credit: Twitter/ @_dcrc_

Additionally, a privacy engineer at Twitter, Dominic Camozzi, posted a series of tweets on June 15 explaining new privacy features that the social media giant is working on. This feature allows users to ‘unmention themselves’ from a tweet they have been directly mentioned in. Camozzi says these are early concepts that aim at helping users control unwanted attention on Twitter. The Unmention Yourself option, as seen on one of the tweets by Camozzi, is present in the three-dot menu next to a tweet an allows users to untag themselves from a tweet or conversation and this will remove the link to their profile from that tweet.

Furthermore, another feature shared by Camozzi shows a special notification that displays when someone you don’t follow directly tags or mentions you. If you ‘unmention yourself,’ the Tweet author will not be able to mention you again. There is also a feature that will prevent certain accounts or all accounts from mentioning you for one day, three days, or seven days.