Realme C15 will be soon added to the company’s inventory of entry-level smartphones that offer good hardware at affordable prices. The phone has already been launched in Indonesia and will be launched in India through a virtual event on August 18 at 12.30 pm IST.

Realme recently officially teased the phone through their official website. Along with the Realme C15, the company will also launch the Realme C12 at the event.

It can be said that the specifications will be similar to the one launched in Indonesia. The teaser already shows that Realme C15 will come equipped with a quad rear camera setup and a 6,000 mAh battery with 18W Quick Charge support. The handset may run on Android 10 with Realme UI on top. It is expected to sport a 6.5-inch HD+ display with 720×1,600 pixels resolution and 88.7 percent screen-to-body ratio.

The fingerprint sensor may be placed at the back of the phone.

So these were the expected price and specifications of the Realme C15. If you have any questions, let us know in the comment box below. 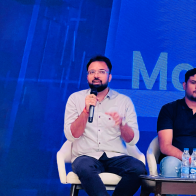 Apple iPad Pro 2018 : Everything You Need To Know