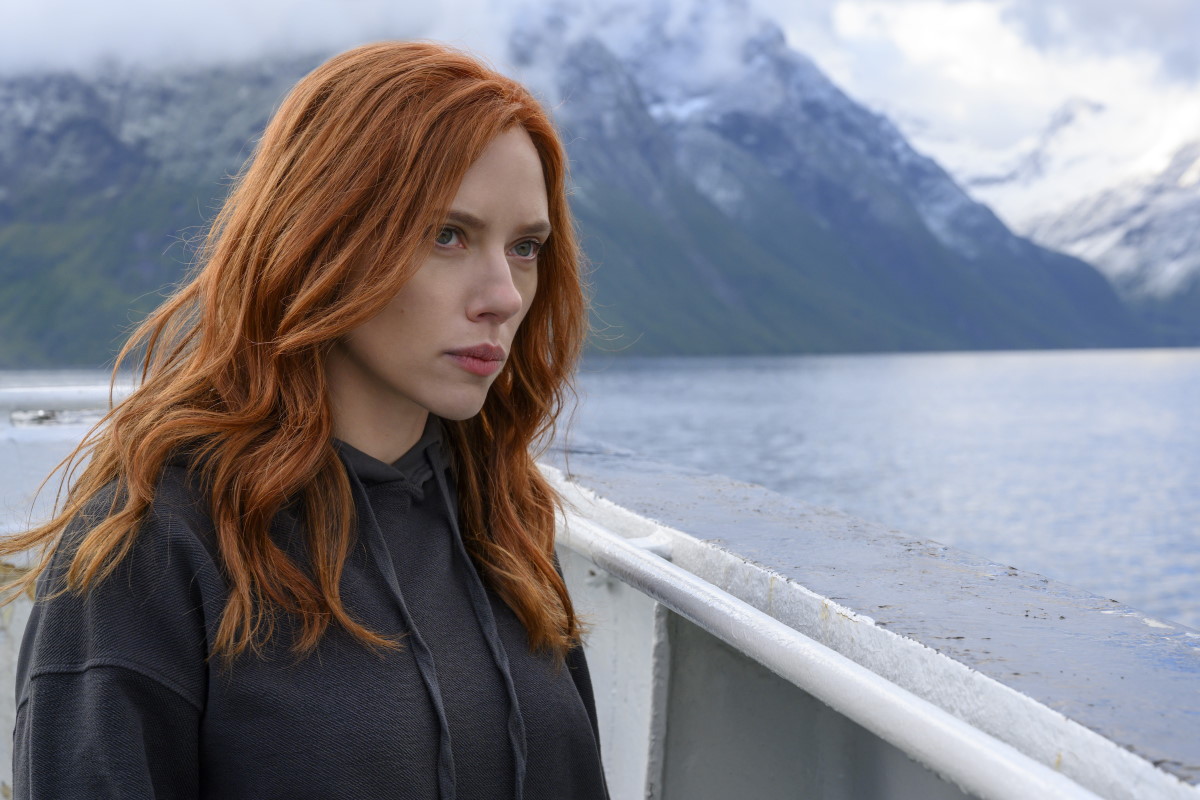 Black Widow, the newest Marvel movie starring Scarlett Johansson, is out this week in theatres globally as well as on Disney+ with Premier Access in most Disney+ markets. It was supposed to hit Indian cinemas at the same time, but COVID-19 had other plans and now a release date for India is unclear. And it won’t release for at least three more months on Disney+ Hotstar, as Black Widow is expected October 8 on the streaming service, in line with its general availability on Disney+. That’s because Premier Access — a video-on-demand tier, where Disney+ members pay $30 (about Rs. 2,200) or equivalent for every premium title, in addition to the monthly subscription — is not a thing on Disney+ Hotstar.

Neither Disney+ nor Disney+ Hotstar have ever bothered to explain the lack of Premier Access on Disney+ Hotstar. Ahead of writing this, I even reached out to both to see if they would like to shed any light on the curious move. No response.

Maybe Disney+ is not offering Premier Access titles on Disney+ Hotstar because it thinks people won’t pay. In India, it’s generally agreed that video-on-demand doesn’t work. It’s why the theatrical model has been short-circuited in the country. Here’s how Hollywood operates: cinemas –> video-on-demand –> Blu-ray –> streaming. But here, pre-COVID, new Bollywood movies would spend 56 days in cinemas before being rolled out directly on streaming services. Once the pandemic brought box office business to a halt, while Hollywood was opting for on-demand premieres, Indian producers opted for the streaming service route with the likes of Netflix, Amazon Prime Video, and Disney+ Hotstar.

There have been attempts in the Indian on-demand space during COVID-19. Eros Now, thanks to its new parent ErosSTX, announced that it would premiere at least 10 Hollywood releases as a pay-per-view offshoot of its streaming service. And last year, Zee5 unveiled ZeePlex — both on streaming and satellite TV boxes — which took a big bet on Salman Khan-led Radhe after cinemas were shuttered for a second time in April. It doesn’t seem to have worked out unfortunately. After an opening day figure of 4.2 million views, Zee5 never announced any updated figures, which doesn’t bode well. Industry experts believe Zee5 will end up losing money on Radhe. That naturally isn’t going to convince anyone to experiment with on-demand premieres in India.

Though the box office success of the heavily-controversial Khan’s previous films would argue otherwise, maybe the ratings of the movie matter too. Radhe stands at 9 percent critic rating on reviews aggregator Rotten Tomatoes, and the audience score on IMDb is a lowly 1.8 out of 10, from 164,000 users. At the time of writing, Black Widow is at 82 percent — there are 170 reviews at this point, so it’s not likely to change significantly either. More importantly, there’s little audience overlap between the two. The Marvel fanbase naturally skews more urban and younger, which should theoretically mean more propensity, better access, and fewer mental roadblocks when it comes to paying for online content. Justice League Snyder Cut saw 100,000 orders in the first few days on BookMyShow Stream, one of five platforms it was released on.

As with DC, the Marvel Cinematic Universe is arguably one of the biggest Hollywood franchises in India. What that means is that there’s a lot of Indians who will want to watch Black Widow this week, in line with the rest of the world. But they are being neglected because Disney would rather secure a theatrical release first. By forcing fans to indefinitely wait, Disney is essentially ensuring that Indians will resort to searching torrent sites for Black Widow, or using other methods to access Disney+. Those that have the means can spend Rs. 699 for a month of Disney+, Rs. 2,699 on Black Widow ‘Premier Access’, and a bit more on a VPN to watch it on Disney+. Everyone else will flock to piracy networks and torrents, which can compromise their security and safety on the Internet.

But even the piracy route can’t help those Indian Marvel fans who watch movies in local languages. In fact, Black Widow is set to be the first Marvel movie to be available in six languages: English, Hindi, Tamil, Telugu, Malayalam, and Kannada. That’s a sensible move given local ‘dubbed’ versions account for 50–60 percent of Hollywood box office here, according to a 2019 report. Snyder Cut would have sold a lot more if WarnerMedia had taken the trouble of dubbing it in Indian languages. But it never did. Disney+ Hotstar has been better in this regard, even retroactively adding Hindi, Tamil, and Telugu dubs for recent releases such as Pixar’s Luca, and Raya and the Last Dragon. With Black Widow, those six versions are ready and waiting to be deployed, if only Disney came to its senses.

After all, it’s impossible to say right now when Black Widow will get to cinemas in India. Due to caution over the inevitable third wave, given the spread of the Delta variant and the (falling) rate of vaccination, most states have refused to let cinemas reopen. Or in some cases, they have been reclosed following restrictions being lifted. And for good reason possibly, given the rate of new cases is ticking up. If the third wave ends up being as severe as predicted, it will mean cinemas will remain shut even longer. So what will do Disney do if it’s unable to release Black Widow in Indian cinemas before October 8? Will it kick the Disney+ Hotstar release down the road and make Indian fans wait even more? Or will it suck it up and just drop Black Widow as a streaming-first premiere in India?

Come October, if Disney is going to end up favouring the latter, then it might as well release Black Widow on Disney+ Hotstar now. What sense does it make to delay the release by three months, just because Premier Access is not a thing? All it will end up doing is pushing Marvel fans to hunt for illicit means, the longer they have to wait. If Disney opts for the former route and continues to hold onto Black Widow until cinemas are fully functioning in India, well, that’s only going to hurt its local box office prospects, week over week. Because after a point, there might not be anyone left in India who’s still waiting for Black Widow. But if Disney+ Hotstar gets Premier Access, then viewers can decide if they want to see it now — or wait for the big-screen experience.

A delayed Black Widow release in Indian cinemas will make matters worse due to other variables too. For one, there are more Marvel movies on the way in 2021 — for cinemas only, no Premier Access. On September 3, Simu Liu becomes the MCU’s first Asian superhero lead in Shang-Chi and the Legend of the Ten Rings. Oscar-winner Chloé Zhao delivers a new ensemble with Eternals, slated for a late October premiere in India. And Tom Holland closes out the year with the threequel Spider-Man: No Way Home on December 17. A September debut for Shang-Chi in India seems highly unlikely at this point. And as Black Widow gets pushed further out, Disney will move the other Marvel titles too so they don’t clash with each other at the box office.

Simu Liu as Shang-Chi in Shang-Chi and the Legend of the Ten Rings
Photo Credit: Jasin Boland/Marvel Studios

Of course, Disney is far from the only Hollywood studio that’s failing to serve India in line with other markets. Since HBO Max is not available here, that means none of Warner Bros.’ 2021 theatrical titles — from Godzilla vs. Kong to Mortal Kombat — have received a proper release in India. Warner did make an on-demand exception for Angelina Jolie-led Those Who Wish Me Dead, but that seems to have been a one-off. It says that James Gunn’s upcoming The Suicide Squad, LeBron James-starrer Space Jam: A New Legacy, and Hugh Jackman-led Reminiscence are “only for theatres”, though it once said the same thing for Those Who Wish Me Dead. But while Warner has briefly experimented, others haven’t shown any inkling of that sort either.

Hollywood is in for a serious pile-up up by the time cinemas reopen in India. With the rest of the world on its way to recover from the pandemic — the US and the UK have fully vaccinated half their population, while India currently sits just under 5 percent — movies are coming thick and fast. Universal Pictures rolled out Fast & Furious 9 in May, now in cinemas globally and expected to hit video-on-demand (outside India) in late July. Paramount’s A Quiet Place Part II arrived in theatres in May and will jump to Paramount+ in mid-July. Disney also has Emma Stone’s Cruella on the docket, and Jungle Cruise with Dwayne Johnson and Emily Blunt later in July. All these movies will likely clash with each other, alongside dozens of Bollywood movies that have been waiting for over a year.

Given the COVID-19 situation, it’s time for studios to experiment with newer release models in India. Black Widow made the ultimate sacrifice for her superhero family in Avengers: Endgame, but Disney is unwilling to heed those lessons to let us meet Natasha Romanoff’s other quasi-family and bid adieu to her 10-year MCU journey with the rest of the world.

It’s Google I/O time this week on Orbital, the Gadgets 360 podcast, as we discuss Android 12, Wear OS, and more. Later (starting at 27:29), we jump over to Army of the Dead, Zack Snyder’s Netflix zombie heist movie. Orbital is available on Apple Podcasts, Google Podcasts, Spotify, Amazon Music and wherever you get your podcasts.
https://gadgets.ndtv.com/entertainment/news/black-widow-hotstar-disney-plus-premier-access-reviews-india-release-date-covid-delay-cinemas-2480412