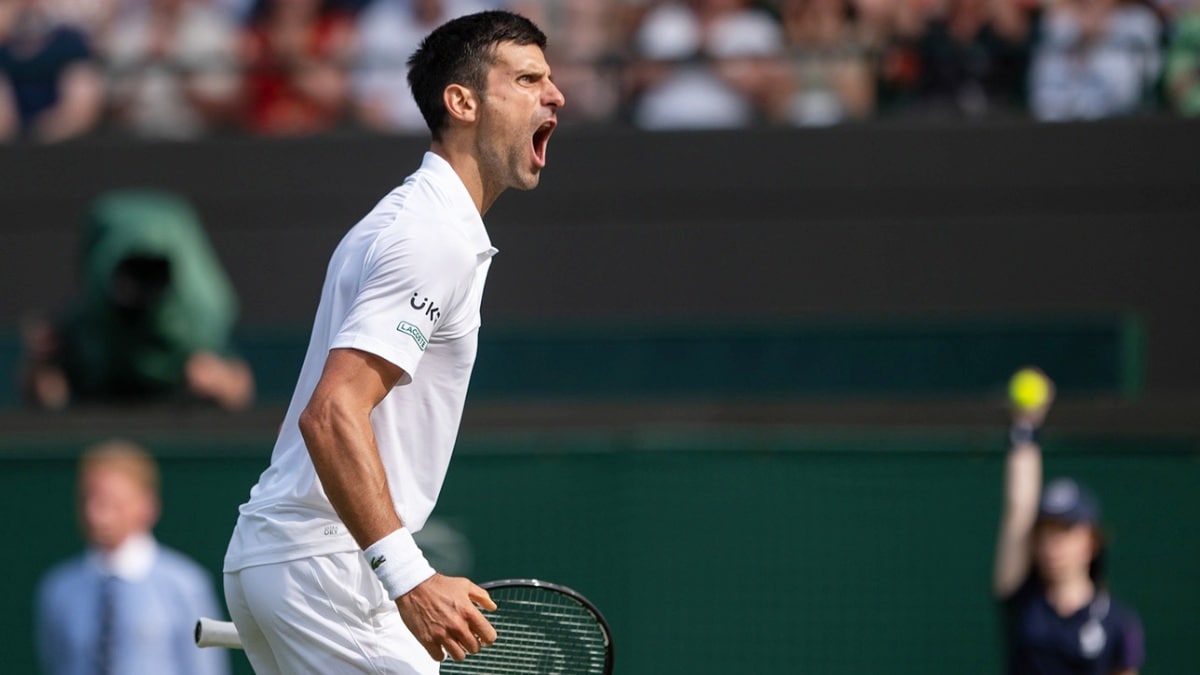 A new study has found that tennis is the most “euphoric” sport to watch at home but football is the most engaging. It gave another surprising result: gymnastics was placed second on the list, ahead of football, cricket, and athletics. The study was conducted using artificial intelligence (AI) to read the emotions and facial expressions of viewers as they watched different games on their home devices. These emotions were then categorised depending on changes in the eyes, eyebrows, nose, and mouth.

The cameras built into the at-home devices captured the emotions which were decoded using machine learning and analysed to see which sport provoked which response. The study, commissioned by the British TV platform Freeview, was done to celebrate the ‘big four’ sports — Wimbledon, Euro, Tokyo Olympics, and Tokyo Paralympics – and other tournaments returning to the TV screens. Freeview teamed up with ad testing firm RealEyes to run the system and analyse the results.

The study showed tennis was the most “euphoric” sport to watch at home for British viewers, who were 50 percent happier than when watching standard video content, reported Forbes.

Formula 1 (18 percent) was positioned as the most shocking sport. Researchers said the shock was detected by sudden wide eyes and dropped jaw movements. They said football led the way in terms of engagement with 24 percent. However, boxing only managed to engage 15 percent of viewers.

Popular and calmer Olympic sports like equestrian (29 percent), synchronised swimming (28 percent) and gymnastics (25 percent) turned out to be the most tense sports.

According to the study, these were the top sports to generate emotion — Tennis, Gymnastics, Football, Cricket, and Athletics (held most attention)/

“From Wimbledon to the Olympics, the Euros to Formula One, we’re extremely proud to be able to offer coverage of so many fantastic sporting events this summer, all free to watch without any paywalls or subscription fees,” Freeview’s Owen Jenkinson was quoted as saying by Mirror.

For the study, the video content was standardised to ensure each viewer was shown the same format of low, medium and high-intensity clips.